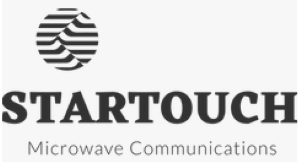 Auburn is one of Washington's fastest growing cities. It's just a short drive away from Tacoma and other major Washington cultural centers. If you live or work in this area, you have options when it comes to high speed internet.

Your search is likely to turn up CenturyLink, one of the most established internet service providers in Washington. CenturyLink has a huge presence in Auburn, with service reaching Thomas in the north, Dieringer in the south, Lakeland in the west, and Newaukum in the east. Service is also accessible in all of Auburn's central neighborhoods, like Lea Hill, Meredith, and Green River.

Through Xfinity, all of Auburn's largest neighborhoods have cable internet access. This cable network stretches to reach the neighborhoods of Wabash, Stuck River, Meredith, Lakeland, and Dieringer.

Those looking for satellite often choose HughesNet. HughesNet is known for its expansive satellite coverage across the United States, and it reaches nearly all of Auburn.

I've had service for about 3 months. The service is reliable and the price is better than Xfinity. There was a little disconnect on installation day but overall the set up service was good.