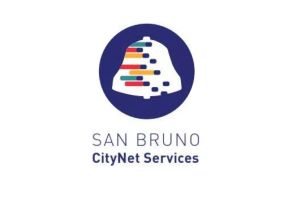 What is the best internet provider in San Bruno?

Neighboring the San Francisco International Airport, San Bruno residents have a wide array of options when it comes to selecting an internet provider.

AT&T offers DSL internet services to all of San Bruno, with internet download speeds up to 75 Mbps. However, most residents report they get between 10-to-24 Mbps of download speeds, with only up to 2.9 Mbps in upload speeds.

Most neighborhoods through San Bruno also have access to Raw Bandwidth Communications, which advertises DSL internet download speeds up to 24 Mbps. They extend service through central and eastern San Bruno, but may not provide service areas close to Pacifica.

Sonic also provides DSL internet to neighborhoods near Millbrae and the San Francisco International Airport. They service only the eastern half of San Bruno, with advertised internet speeds up to 100 Mbps for both downloading and uploading. Sonic also offers cable internet services, with speeds only reaching up to 12 Mbps.

San Bruno Municipal Cable TV offers cable internet services throughout most of San Bruno, though may exclude certain communities near Skyline Boulevard. Currently, they boast download speeds up to 50 Mbps for customers.

HughesNet offers the only non-DSL and non-cable internet service. Offering all customers with access to the southern skies with satellite internet, residents can expect speeds of 2-to-15 Mbps.

worst internet connection i've ever had