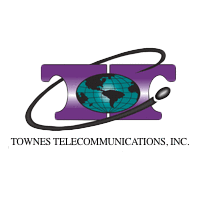 What is the best internet provider in Jacksonville?

Jacksonville has plenty of internet service options for business and residential customers, with many service providers covering the entire city and providing diverse choices.

One of the largest providers in this area is AT&T, which provides both fiber internet and DSL internet. Coverage is available in every part of Jacksonville, from northern neighborhoods like Eagle Bend and Forest Trails to southern areas like Del Rio and Julington Creek. Service stretches from the western communities of Otis and Crystal Springs to the eastern coastal neighborhoods of Neptune Beach and Jacksonville Beach.

internet provider Windstream has a smaller service area that is currently limited to north Jacksonville. Neighborhoods near the Jacksonville International Airport fall within this service area. This includes the neighborhoods of Turtle Creek, Biscayne, Pecan Park, and Garden City.

Cable coverage is widely available in Jacksonville, since Xfinity brings service to the entire city.

Business and residential plans are available through Megapath, which covers almost all of Jacksonville. Some northeastern communities fall outside of the service area, including Brown Island and Saint John_s Bluff.

FPL FiberNet has a stable network in Jacksonville, covering much of the central part of the city. Western communities in their service area include Marietta and Cisco Gardens. Service runs through the central neighborhoods of Commonwealth, Woodstock, and Allendale. East of San Marco, service is provided in all of southern Jacksonville, running east to Jacksonville Beach.

Absolutely disgusted with the customer service I have been provided after being with this company for over 10 years. I ordered a new iPhone over 1 month ago and because a flaw in their system I have not received the device. I have opened 3 different tickets in an attempt to get this issue resolved just to have them pushed to the side and never resolved. I have been to the store only to find out they cannot help me and I have talked to nearly every department in attempt to resolve my very own issue and I am just told to wait, and wait, and wait. I won’t be a customer for much longer.

Xfinity is terrible. If you do not order their premium package they lower your internet speed. I had to lower to basic cable and they dropped my internet speed. I was willing to pay for the higher speed but they said they can't do that. Then I find out that during peak hours in our neighborhood our net slows down tremendously. Why? they only have one line serving all of us. It is a huge racket, they get paid high dollars for shabby service. Their tech support is laughable.

Xfinity WiFi is fast and excellent service however the price is outraged and alot of hidden charges not mentioned upon signing up for service. The bill has to many additional fees example a public service fee, applicable taxes, state taxes, city of Jax tax....and more nonsense charges. Now I'm looking for another provider.