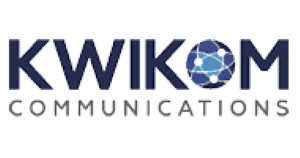 What is the best internet provider in Olathe?

Along the eastern border of Kansas, the city of Olathe is home to over 130,000 people and many businesses.

Both residential and business customers can access fiber internet through Centurylink Prism, one of the largest fiber internet providers in the country. Service is available in most of Olathe, excluding an area north of Kansas City Road and south of 151st Street.

This is nearly identical to the service map of CenturyLink, which DSL to Olathe.

National DSL and fiber internet provider AT&T has a significant presence in Olathe, bringing coverage to the entire city and many neighboring communities.

Xfinity, with its expansive network, offers high-speed cable to several Olathe neighborhoods. Parts of northern neighborhoods fall outside of this company_s service area, including neighborhoods near Greenwood Street, Penrose Street, and Woodland Street.

Through Xfinity_s rival Time Warner Cable, those in neighborhoods south of Kansas City Road can access high-speed cable service. Local provider Surewest Kansas Operations is available in almost all of Olathe, although certain areas in the far western part of the city are not within the service area.

Amazing service. Installation tech was on time and we haven’t had any outages for 1+ years. Couldn’t recommend more

Lost all internet connection. Contacted the toll free number and got a recording. Advised no outages reported in my area so they remotely checked my modem and sent a message(?) to it. Problem resolved!

It would be amazing if it worked.. Service drops daily and they can't figure out how to fix it.