Internet providers in Eugene, OR 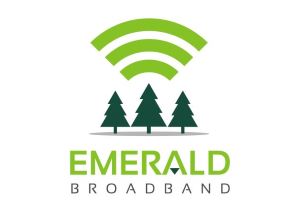 What is the best internet provider in Eugene?

Centurylink Prism is a major fiber internet provider in Oregon, building out a network that hits many of the metropolitan areas in this state. In Eugene, much of the southern part of the city and the northeastern part of the city. Covered northeastern neighborhoods include Cal Young and Harlow. In the central area, neighborhoods with Centurylink Prism access include Whiteaker and Fairmount. Service is available in southern neighborhoods like Crest Drive and Amazon.

CenturyLink offers a significantly larger service area that covers all of Eugene_s major neighborhoods, including northwestern areas like Active Bethel and Industrial Corridor.

One of the largest cable internet providers in Eugene is Xfinity, which has a network that spans the entire city and runs to communities on the northern, southern, western, and eastern borders of Eugene.

Through Integra Telecom, quite a bit of Eugene enjoys high-speed accessibility. Certain northeastern neighborhoods fall outside of the service area, including Cal Young and Harlow.

Local internet service provider InfoStructure has an established network in Oregon. While parts of Santa Clara, Cal Young, Amazon, and Fairmount fall outside of the service area, the rest of Eugene is within their network.

Emerald Broadband offers internet at speeds up to 10000 Mbps

Hunter Communications offers internet at speeds up to 1000 Mbps

I had Comcast service for more than a year now and it was atrocious. The service falls down and i have to restart the modem sometimes every morning. All the costumer service numbers go to India and are unable to help you with any real problems, the bell kept changing every three to six months, I had the performance starter and some times a just get surprised to have a bill that i have to pay before any changes. Comcast was just a nightmare.

It is kind of slow but the price is pretty OK. I have one price for life if I never change anything.