Internet providers in Beech Grove, IN 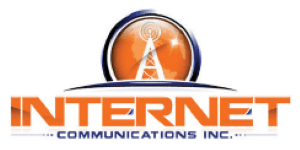 What is the best internet provider in Beech Grove?

Over 14,000 people reside in Beech Grove, making it one of the largest suburbs of Indianapolis. This area sits at the junction of Interstate 465 and Interstate 65, so it's a crucial town for Indiana transit. Since it's so close to a large city, there are quite a few high speed ISP options.

Perhaps one of the largest ISPs in Beech Grove is AT&T, which brings fiber optic service and DSL service to this region. The network covers the whole city, extending beyond the northern, southern, eastern, and western city limits to cover other suburban regions.

Similar coverage is available through Xfinity, a cable provider that serves all of Beech Grove's largest neighborhoods. Service is accessible in areas like Albany, Redfern, and downtown.

Most of Beech Grove also has access to service through One Communications and On-Ramp Indiana. These networks are similar to coverage offered by Brighthouse Networks, which boasts a service area that reaches all of Beech Grove.

Pay over 220 a month for wifi cable and internet. A rep changed my package for some unknown reason and to get my TV channels back I was informed I HAD to upgrade to a new modem, even though the modem i had for the last 6 some years was just fine, no issues..Now the new "upgraded modem" issues daily..need a new provider bc customer service isn't any help. All the response is, we will send signal to restart, which of course doesn't help