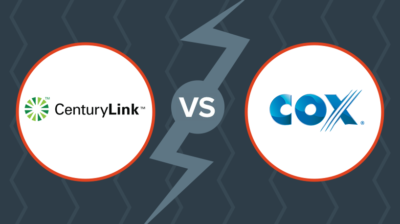 CenturyLink has a more affordable 1 Gig package, but Cox has more reliable speeds. 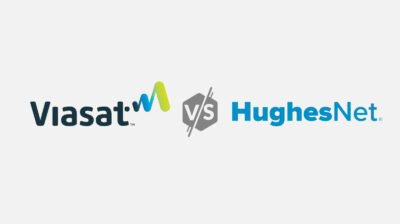 Which is the better satellite internet provider in Las Vegas? We compare the two so you can decide which is best for your internet needs.

Read more about Viasat vs. HughesNet 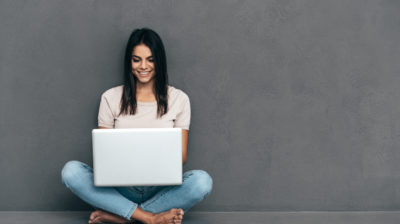 See how customers rated their ISPs in speed, price, reliability and more.

What are the best internet providers in the Las Vegas area?

How fast is Cox internet service?

Cable internet plans provided by Cox in the Las Vegas area range from 25 Mbps to 940 Mbps. Enter your zip code below to see what plans are available to you.

How reliable is Cox internet service?

What happened to CenturyLink Prism TV?

CenturyLink stopped expanding its Prism TV service into new markets in April 2018. Existing Prism subscribers can keep their current service. Customers in areas where Prism TV was already offered can still get it in some cases, but you may have to ask a sales rep for it directly.

Should I switch from CenturyLink?

CenturyLink offers affordable internet plans with decent speeds for the price, especially on its Gig package. Whether or not you should switch to CenturyLink depends on your current situation and what you’re looking for. For the full rundown, read our tips on switching internet providers.

Is LV.Net internet service any good?

LV.Net uses point-to-point technology to deliver internet service. It’s basically internet service delivered via radio waves. While this is useful for connecting underserved corners of the city, it’s susceptible to interference and disruption. For people with few or no other internet options, LV.Net is invaluable. But if you’ve got other providers in your area, you likely have a better option.

What is the best internet provider in Las Vegas?

CenturyLink and Cox are the biggest high-speed internet providers in Las Vegas. Locals residing inside the beltway have the advantage of fast internet available from either provider. EarthLink is another provider serving fiber and DSL internet.

The Cox service area stretches from Boulder City to Mount Charleston and from Nellis Air Force Base to near the Jean Airport, but it doesn’t cover the Bonnie Springs area. Plans range from 25 Mbps to 940 Mbps.

CenturyLink offers service across an even larger area. Its coverage reaches down to Bullhead City and all the way up to Coyote Springs. It also offers service in Moapa Valley, south of I-15. CenturyLink doesn’t fully cover the Lake Mead or Sloan Canyon areas. CenturyLink has two plans only: DSL internet with speeds up to 100 Mbps and fiber internet maxing out at 940 Mbps.

EarthLink has a range of plans across its DSL and fiber internet connections. Speeds for DSL range from 3 Mbps to 45 Mbps. Its fiber plans start at 75 Mbps and reach up to 1,000 Mbps.

Finally, Rise Broadband provides fixed wireless internet throughout most of the area. Viasat and HughesNet are your satellite internet alternatives if fixed wireless or landline internet is not available in your area.

EarthLink dominated our annual customer satisfaction survey, earning the highest rating overall (4.2 stars out of 5), and taking top marks in all four categories, including speed, reliability, price, and customer service. EarthLink is available in most but not all of the Las Vegas area.

Have to cancel & go with another service in order to get my alarm to work -Max speed avail from Century link at my address is not adequate.

I'm trying to be a CenturyLink customer, but they moved my installation appointment without telling me, gave my new appointment on a Saturday with a window of 8am - 5pm, so I've been home literally all day waiting around and they were a no show. I tried calling earlier and they said someone would be here, but no one showed up or called. Called customer support, been on hold for 55 minutes and counting, so I chatted support online (using all my data on my cell phone plan as a wifi hotspot) and they can't help me until Monday.