What is the best internet provider in Kansas City?

When comparing the various internet service providers (ISPs) available in the Kansas City, Missouri area, several stand out right away. AT&T, Xfinity, and Consolidated Communications all offer connections with download speeds up to 1,000 Mbps. Topeka residents also have access to Cox cable internet, which comes in close to gigabit speeds with download speeds reaching 940 Mbps.

Kansas City also has access to Google Fiber, which has excellent coverage downtown and also spreads to much of the surrounding area, reaching as far out as Lee’s Summit, Claycomo, and Olathe. For those areas with access, Google Fiber offers a fast, reliable connection that has great customer reviews.

Kansas City is a great location for high-speed internet, with broadband speeds available in almost every corner of the city and a huge selection of providers to choose from. One important consideration when choosing your ISP is that some plans are available only in certain areas.

Make sure that the ISP of your choice not only is available in your area, but also offers the kind of connection you want. One of the great things about living in Kansas City is that you always have other options for broadband connections.

EarthLink is the highest-ranked provider available in Kansas City, taking first place nationally for overall customer satisfaction. AT&T follows in second place, with Cox following close behind in fourth place. Spectrum comes in at ninth, with Xfinity and CenturyLink at the bottom of the pack.

Cox generally trailed behind both EarthLink and AT&T in our survey, though it did especially well in the area of customer service, scoring ahead of AT&T and finishing in second place behind EarthLink.

Here’s where the other national ISPs available in Kansas City stand in customer satisfaction:

Again, it’s a tight race for the fastest broadband speeds in Kansas City. AT&T, Xfinity, Google Fiber, and Consolidated Communications all offer speeds up to 1,000 Mbps, with Cox Communications close behind with download speeds up to 940 Mbps. If blazing fast internet is the main thing you look for in an ISP, there are a few other factors to consider, such as upload speed, reliability, and availability.

AT&T, Google Fiber, and Consolidated Communications offer gigabit connections over fiber-optic networks. This means that your connection will not only be fast, but also be much more reliable. No need to worry about your connection slowing down during peak hours. Fiber also offers symmetrical upload speeds, which makes it a good choice for livestreaming and video chat. If fiber connections are available in your area, it’s hands down the best choice for pure speed.

Cable connections have a few issues that fiber-optic networks don’t have to deal with. Lots of traffic in your neighborhood can reduce your available bandwidth, and upload speeds are much slower than download speeds. That said, there are still some incredibly fast cable options in Kansas City. Both Xfinity and Cox have cable internet that rivals their fiber competitors in terms of raw download speed. Also, while only part of the city is currently wired for fiber, cable networks reach almost every corner of KCMO. 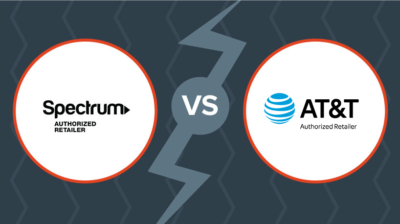 Many residential areas have access to affordable DSL through CenturyLink. Xfinity is also widely available, but it offers much more speed.

Read more about CenturyLink vs. Xfinity

When it comes to high-speed internet in Kansas City, the most important factor is location. There are lots of providers to choose from, but not every provider is available in every area, and even areas covered by the same provider might not have the same available plans. For this reason, it’s important to confirm with your ISP that the plan you want is available in your location.

AT&T covers almost all of Kansas City as well as most of the surrounding area. The important thing to remember when considering AT&T Internet is that not every kind of connection is offered in every area. Much of Independence, for example, is wired for AT&T’s gigabit fiber network. However, if you’re in the West Bottoms or the Northlands, your only option from AT&T is DSL (though, fortunately, there are still fiber options from other carriers)

No other provider can beat Xfinity in terms of broadband coverage. The availability of its high-speed cable network is outstanding, and its speeds are on par with fiber-optic connections. Xfinity ranked a bit lower than some of its competitors in the area on our customer satisfaction survey, but it still got generally favorable reviews.

Although Google Fiber isn’t making national news like it was in 2013, Kansas City still has the distinction of being one of the few cities (also the first) where you can access Google’s lightning-fast fiber network. Not every area of the city has access, so make sure you check your ZIP code to make sure that it’s available in your area.

“Best Internet without going to commercial plans running thousands of dollars a month.”

“A fast internet provider when they’re service is operational…. Time Warner seems to frequently have late-night internet service outages in my area.”

Where in Kansas City can I get Google Fiber?

KCMO is fortunate in being almost (but not completely) wired for Google Fiber. To get the most accurate information on Google Fiber and to see if it’s available in your area, enter your ZIP code below.

Are there local ISPs in the Kansas City area?

There are several local ISPs in the Kansas City area, including providers like KCCoyote and Haug Communications that offer fixed-wireless connections to certain parts of the city. If you like to make an effort to support local businesses in the KCMO area, be sure to check out their offers.

What is the cheapest internet service in Kansas City?

The cheapest internet plan in Kansas City is Consolidated Communications’ 20 Mbps internet plan, which starts at just $31.95 per month.

In close second are the AT&T Internet and AT&T Internet 1000 plans, both of which start at just $39.99 per month; however, both these plans are available only when bundled with another qualifying service, like DIRECTV or AT&T phone. CenturyLink and Spectrum also offer comparably priced plans, with CenturyLink plans starting at $49 and Spectrum plans starting at $49.99.

For residents of Topeka, Cox is currently providing an emergency response offer that is free for the first month and just $19.99 for the rest of the year.

What internet providers are available in my area?

Most areas of Kansas City are covered by multiple internet service providers, giving you plenty of options. To see what providers are available in your part of the city, enter your ZIP code in the tool at the top of the page.

What type of internet is available in my area?

Almost every part of Kansas City has access to fiber-optic internet connections through AT&T, Google Fiber, or Consolidated Communications. Cable networks are widely available through Xfinity and Cox. There are also several options for satellite and fixed-wireless connections that cover not only the entire downtown area, but also the surrounding rural areas as well.

Who is the best home internet provider in my area?

What internet services are available in rural areas outside of Kansas City?

You can get satellite internet from HughesNet or Viasat in rural areas outside of Kansas City. Fixed-wireless options from providers like KCCoyote are also good possibilities. With high latency and lower speeds, wired connections are usually preferable, but providers like HughesNet, Viasat, or KCCoyote are always options.

The large number of broadband networks in Kansas City makes for widely available internet access throughout the city and even out into the surrounding areas. Even in some rural areas, you might be able to get a wired connection. There are, however, still areas where these networks don’t reach, and some have noticeable gaps in their coverage areas.

Best Internet without going to commercial plans running thousands of dollars a month.