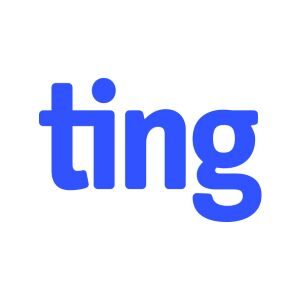 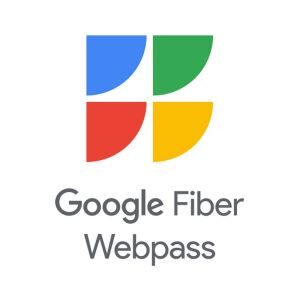 What is the best internet provider in San Diego?

The best internet provider in San Diego is AT&T—but only if you can get a fiber plan. Otherwise, stick with Spectrum or Cox for a fast and affordable cable connection.

AT&T’s fiber plans start at 300 Mbps speeds and go all the way up to 5,000 Mbps. So no matter what plan you get, you’re getting something fast and extremely reliable. Prices are reasonable, and you get unlimited data with no contract and plenty of opportunities for deals and promotions.

EarthLink has similar plans to AT&T because it uses AT&T’s fiber lines to get you service; EarthLink has top-rated customer service, so go for that if you value an internet provider with a sympathetic bedside manner.

AT&T also has DSL internet, but it’s not as fast or cost effective—only go for that if you live in a rural part of East or North County.

Spectrum is the second-best option in San Diego, with a variety of plans that give you speeds ranging from 250 Mbps to 1,000 Mbps. Since it’s a cable connection, you don’t get symmetrical upload speeds like you would with AT&T, but these plans are still fast and stay fast even during times of neighborhood-wide network congestion.

Prices for Spectrum plans are roughly the same as AT&T’s fiber plans, and you also get unlimited data and no contracts. Cox Communications is a solid third pick, with speeds similar to Spectrum but higher prices and contracts on its plans.

Type in your zip code below to see which internet providers are available specifically in your neighborhood.

What is the fastest internet provider in San Diego?

You can also get plans with 2,000 Mbps, 1,000 Mbps, and slower speeds from AT&T. All of the fiber plans also have symmetrical upload speeds, so the uploads are just as fast as the downloads. And these same speeds are available from EarthLink too, since EarthLink uses AT&T’s fiber network infrastructure.

Spectrum and Cox are the second-fastest internet providers in San Diego. The Spectrum Internet® Gig plan delivers download speeds up to 1,000 Mbps (wireless speeds may vary) using cable instead of fiber. Cox’s Gigablast plan lists a maximum speed of 1,000 Mbps. Both of these gigabit plans deliver upload speeds of 35 Mbps—up to 500 Mbps in some areas if you go with Spectrum.

Uploads are much slower than downloads on cable internet, but that should still be solid for most people.

What is the cheapest internet provider in San Diego?

EarthLink, Spectrum, and Cox are the cheapest internet providers in San Diego. All three offer basic plans for around $50 a month (or a little less). AT&T also has an excellent fiber plan for $55 a month that gives you much faster speeds.

There aren’t a lot of truly cheap internet options in San Diego, unfortunately—expect to pay at least $50 to $60 a month for reliable internet service in the city. That’s about average for internet prices nationwide. When you’re looking for cheap internet, aim to get a cable or fiber plan that gets you speeds of at least 100 Mbps.

†Limited time offer; subject to change; valid to qualified residential customers who have not subscribed to any services within the previous 30 days and who have no outstanding obligation to Charter.

§Price after $5/mo Autopay & Paperless bill discount (w/in 2 bills). Plus taxes & fees. Internet speed claims represent maximum network service capability speeds and based on wired connection to gateway. Actual customer speeds may vary based on a number of factors and are not guaranteed. For more information, go to www.att.com/speed101.

What are the fiber internet providers in San Diego?

Fiber isn’t widely available in San Diego—you’re more likely to find cable or DSL providers in America’s Finest City. But if you can get fiber in your neighborhood, we highly recommend it. Fiber delivers the fastest speeds and most reliable connection, and it’s often cheaper or equal to the price of lesser connection types.

EarthLink is the top-rated internet provider available in San Diego, according to our annual customer satisfaction survey. The provider placed first overall and scored at the top for customer service and price as well.

Spectrum also gets high rankings in our survey, coming into the top three for overall satisfaction, speed, and reliability. An impressive 92% of Spectrum’s customers said that their internet speeds “always” or “usually” meet their needs.

AT&T gets slightly above-average scores in all categories, but the provider’s fiber customers give better ratings on the whole. Cox Communications ranks towards the middle for speed and reliability.

AT&T covers San Diego’s entire downtown area and suburbs, including La Jolla and Scripps Ranch. The only spots you likely don’t get AT&T coverage are the state parks and military bases.

Spectrum is primarily available on the northwest side of town, north of Interstate 8. Unfortunately, Spectrum doesn’t cover the downtown area, so you’ll have to look at AT&T or Cox if you live in neighborhoods like North Park, South Park, or City Heights.

Cox Communications is available across most of San Diego but misses areas of North County like La Jolla, Torrey Pines, and University City. If you can’t get fiber, Cox’s cable internet makes a great alternative. Google Fiber is also available in select areas of San Diego, along with a handful of local providers, including Telscape.

If you live in rural parts of East and North County where you can’t get internet access easily, HughesNet and Viasat offer satellite internet across the entire region. These satellite providers are a good option if you have no other alternative, but they’re slower and cost more.

Want to see what kind of internet you can get in your neighborhood? Run a search with your zip code below.

“Customer service is very good. We have never had problems getting repairs or techs to our house.”

“…I really like the TV programing aspect of it”

AT&T is the best internet provider in San Diego area because it offers the fastest speeds and widest coverage. Plans start at $55 a month for 300 Mbps, which is a good deal for how much speed you’ll get.

How much is internet in San Diego?

Internet in San Diego usually costs around $60 per month. You can get plans for cheaper or faster plans that cost more, but that’s how much you should expect to pay for a fiber or cable internet plan that gives you generous speeds of 100 Mbps to 300 Mbps.

What cable companies are in San Diego?

Spectrum and Cox Communications are the two main cable internet companies in San Diego. Cox offers cable TV and internet bundles at a discount that can be cheaper than paying for these services separately. With Spectrum, you can mix-and-match any of its TV and internet services—each one comes with discounted pricing for 12 months.

Most horrible experience ever. Every time I call about the issues I’m having , it’s always the most terrible experience anyone can experience . I do not recommend anyone to come near this company. There customer service is really disappointing.

Internet speed is pretty good. There were random “scheduled” outages that we didn’t know about. They also basically double your price after one year of service

Overall Spectrum is a wonderful provider! I am originally from the east coast and Comcast is the provider there. They’re TERRIBLE, making Spectrum seem even more wonderful. They are fast and responsive, always going above and beyond to help us through any possible issues that arise. Thanks Spectrum!