Which provider gets you reliable speeds for a lower price: AT&T or Spectrum?

Read more about Spectrum vs. AT&T 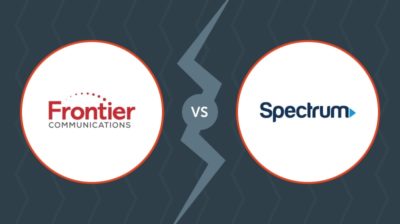 Need top speeds? Or low prices? Find out if Frontier or Spectrum is right for you. 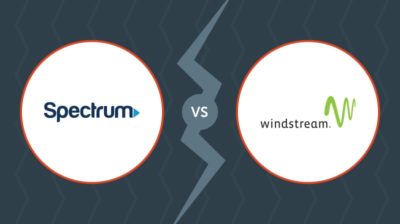 How much is Spectrum internet? And how fast is it?

The cheapest plan from Spectrum costs $49.99 per month for 12 months providing speeds up to 200 Mbps (wireless speeds may vary). Spectrum offers other plans with speeds up to 1,000 Mbps if you need a faster connection.

To change your Frontier Wi-Fi password, look for your network name (SSID) and password on the back, side, or bottom of your Frontier router. Once you have that, follow these steps:

How can I use the internet without a provider?

Go to a public library, Walmart, a coffee shop—there are plenty of places that provide free Wi-Fi access.

What internet service is in the Dallas–Fort Worth (DFW) area?

AT&T, Frontier, and SuddenLink are the largest internet providers in the Dallas-Fort Worth area. Rise Broadband, EarthLink, Spectrum, and Windstream are also available in the area but are less widespread.

If you don’t have access to landline internet, Viasat and HughesNet are your two satellite internet options.

What is AT&T Fiber?

AT&T Fiber is fiber-optic internet that provides faster download and upload speeds than cable or DSL in select areas of the US. While fiber internet availability is still mainly limited, you can find it in Dallas and Fort Worth. We suggest fiber for its symmetrical upload and download speeds.

What is the best internet provider in Dallas?

Dallas, Fort Worth, and many of the area’s suburbs are covered by AT&T, SuddenLink, and Spectrum. But you may find you have a few more internet providers to choose from depending on which neighborhood or suburb you live in.

Along with AT&T and Spectrum, certain neighborhoods in Fort Worth can get their fill of all things internet with Windstream.

If you call North or Northwest Dallas home, you’ve got a choice between Windstream, AT&T, and Spectrum.

AT&T, Spectrum, and Frontier cover this region. However, Frontier doesn’t extend its service to downtown Dallas or Fort Worth.

AT&T, Frontier, and Suddenlink are available in Rockwall and Terrell.

AT&T is typically the lowest-priced option, and if you opt for its 10–100 Mbps plan, it connects you to the fastest speed—up to 100 Mbps—in your area. Frontier gives you a two-year price guarantee, so if you plan on calling the great state of Texas home for a while, there’s no need to worry about price hikes. And Suddenlink has a 30-day money-back guarantee, so you have a full month to put its service to the test.

Of all the internet service providers (ISPs) available in the DFW area, EarthLink ranked highest for overall customer satisfaction in our customer satisfaction survey, and AT&T and Spectrum came in behind, ranking second and ninth respectively out of 12 providers. That’s great news for North Central Texans living in Dallas—the more solid internet provider choices you have to choose from in your area, the better.

We didn’t include smaller ISPs like Grande Communications, Rise Broadband, or TierOne Networks in our survey. But local providers are often known for good customer service, so they’re still worth checking out if they’re available in your area.

Best ISPs for overall customer satisfaction in the DFW area:

Cable One offers internet at speeds up to 1000 Mbps

Grande Communications offers internet at speeds up to 1000 Mbps

***Can't give negative stars or I would!!!! Positively the worst experience with a company!! I contacted AT and T two weeks before I needed my internet/cable installed. That person was extremely helpful and friendly and they got me scheduled. However, I scheduled a time to install and they didn't show....no explanation...They gave me another time....didn't show. I called and they had the wrong number (I assume the installation people cannot think for themselves because everyone else at AT and T had the correct number). I spend 4 and 1/2 hours trying to get service. They then informed the next time they could get the service done would be in 5 days. I asked to speak to a manager. The manager then referred me to Costumer retention office.....she said they would call in a few hours because they were very busy! I said, "Yeah, I'm not surprised!" The customer service people on the phone were all very nice but there was not a satisfactory conclusion. I cancelled it and got Spectrum. I had cable in 3 days and that was with unavoidable hiccups!

My modem has been out for a week. My new modem was promised to me 4 days ago and it's still not here. It's THANKSGIVING, no internet, no TV. It wouldn't make me so mad if people did what they said they were going to do and not lie to me! 3 calls to a hard to understand "english speaking" rep. and still, no modem (after maneuvering through the nightmare automated mess). The second rep straight up lied and said it was delayed due to the weather. The 3rd rep said there was nothing written about my case and he "reshipped my part". What a joke! I live in a big city in Texas. No reason not to be able to get this part. IT IS TOTALLY UNACCEPTABLE TO BE LIED TO!

I signed up with Time Warner last year, at that time the price was ok. But I added a channel and they doubled the price of the package. So I closed out everything but my internet, turned in the equipment. But here's the icing on the cake I paid the bill for services I stopped and didn't get credit. And got another bill with late charges. So as of today they can have the rest of there equipment. And pray something better comes along