What is the best internet provider in Sacramento?

AT&T has the widest coverage in the area, especially downtown. It offers both DSL and fiber-optic internet, with fiber speeds reaching up to 1,000 Mbps. Whether you’re looking for a turbo-charged experience or just need cheap internet for basic tasks, there’s a good chance AT&T has an internet plan for you.

Earthlink is also widely available, because it uses internet bandwidth from other providers’ networks and resells it to its customers. This means your EarthLink service will differ depending on where you live, depending on which network it’s selling you space on. This also means that EarthLink plans often cost more than similar plans on other networks, but it makes up for this disadvantage with straightforward pricing, unlimited data, and, most importantly, EarthLink provides great customer service. This has earned EarthLink the top spot in our annual customer survey two years in a row.

Xfinity covers most of the downtown area and eastern suburbs, bringing speedy and reliable cable internet service to residents of California’s capital. As long as you’re on the eastern side of town, Xfinity makes a great alternative to AT&T.

Frontier offers DSL service for some downtown and outlying areas, but coverage isn’t as consistent as it is with AT&T or Xfinity. And if you happen to be in an area where none of these providers have coverage, you can always count on satellite internet from Viasat or HughesNet.

EarthLink is currently the top-rated internet service provider in Sacramento and offers both DSL and cable connections. It is followed by AT&T (DSL, fiber), and Frontier (fiber). Overall, Sacramento is definitely the place to be for fast fiber internet connections.

What’s notable is that AT&T held its place as other internet providers (except EarthLink) dropped in ranks over the past year. AT&T’s fiber customers helped fuel its ratings across the board, although the individual fiber satisfaction scores weren’t that much higher than the DSL scores.

For the speed demons in Sacramento, AT&T and Xfinity both offer up to 1,000 Mbps. AT&T’s Gig package uses fiber, while Xfinity uses traditional cable. Availability of the 1,000 Mbps plans depends on your neighborhood, but there are plenty of options for high-speed internet in the Sacramento area.

Frontier and Spectrum offer speeds up to about 100 Mbps (115 Mbps for Frontier) in their coverage areas, and satellite customers can also get speeds up to 100 Mbps with Viasat.

Overall, over 99% of the Sacramento area has access to broadband speeds of at least 25 Mbps.

Compare Sacremento’s two fastest providers and find out which is best for you.

Read more about Xfinity vs. AT&T 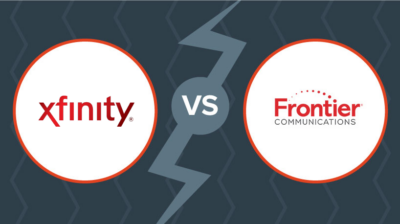 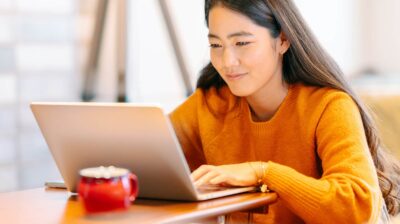 Cable vs. Fiber: Which Internet Type Is Right for You?

Both fiber and cable internet are common types of broadband internet, but which connection is right for you?

Read more about Cable vs. Fiber: Which Internet Type Is Right for You?

AT&T covers the entire downtown Sacramento area, as well as nearly all the nearby suburbs. Coverage stretches from Natomas Creek and Village 12 in the north to Valley High and Meadowview in the south. If you live in Sacramento, chances are good AT&T Internet covers you.

Xfinity internet service isn’t quite as widespread as AT&T in the Sacramento area. It covers most of the downtown area, but some southwestern neighborhoods like Little Pocket and Greenhaven will have to look elsewhere.

Frontier DSL internet coverage is mostly limited to a small area downtown, including the central neighborhoods of Richards and American River Parkway. Other areas with Frontier service include Del Paso Park and Ben Ali.

Spectrum cable internet coverage is available in a few areas of Sacramento. You can get Spectrum in Arden-Arcade between Mission Avenue and El Camino Avenue. You can also get it to the south of Sacramento in the Florin area and to the north in the North Natomas area.

Thanks to its nationwide coverage, satellite internet is available to all Sacramento residents. If you can’t find a plan that fits your needs with AT&T or Xfinity, check out HughesNet and Viasat.

“My experience since 2008 has been wonderful.”

“The service from AT&T has been good…”

Who has the best internet in Sacramento?

AT&T offers the best internet in Sacramento for most people. It covers most of the city, the service is fast, and the company gets good scores from customers for reliability.

What are the different types of internet providers in Sacramento?

How much is AT&T internet in Sacramento?

How much does Xfinity internet cost in Sacramento?

Is there fiber internet in Sacramento?

Yes, there is fiber internet in Sacramento. AT&T offers fast fiber packages with equal upload and download speeds up to 1,000 Mbps.

Our internet connection goes out 1-2 times per hour. We drop the signal entirely. At least once a month they have a major outage with major repair needed. Xfinity wants to offer you a longer contract rather than discount your service. I hate them and want to change as soon as I can find a better provider.

The service is good most of the time they can talk you thou the problem might be having very friendly. Internet speed is fast and dependable.

my experience since 2008 has been wonderful i teach homeschool and we have had such a good internet service with comcast and all the employees we have had to talk with. they have such great deals and for the price you pay you get alot for your money, if you need help they have awsome techs they even call you back and pick up your equipment if you have no car for returns. i have tryed other internet services but comcast has so far the best quality and great movies and internet and phone packages for all to try thanks comcast for your time and service dawn